The aim is to improve flowering, to maintain an attractive shape and to keep plants healthy. But mention pruning roses and many people come up in a cold sweat, considering it to be difficult and complicated. This is largely because there are many different types of rose, some which need pruning in the spring and others later in the year.

Some of our Work 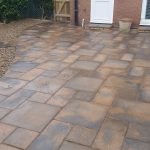